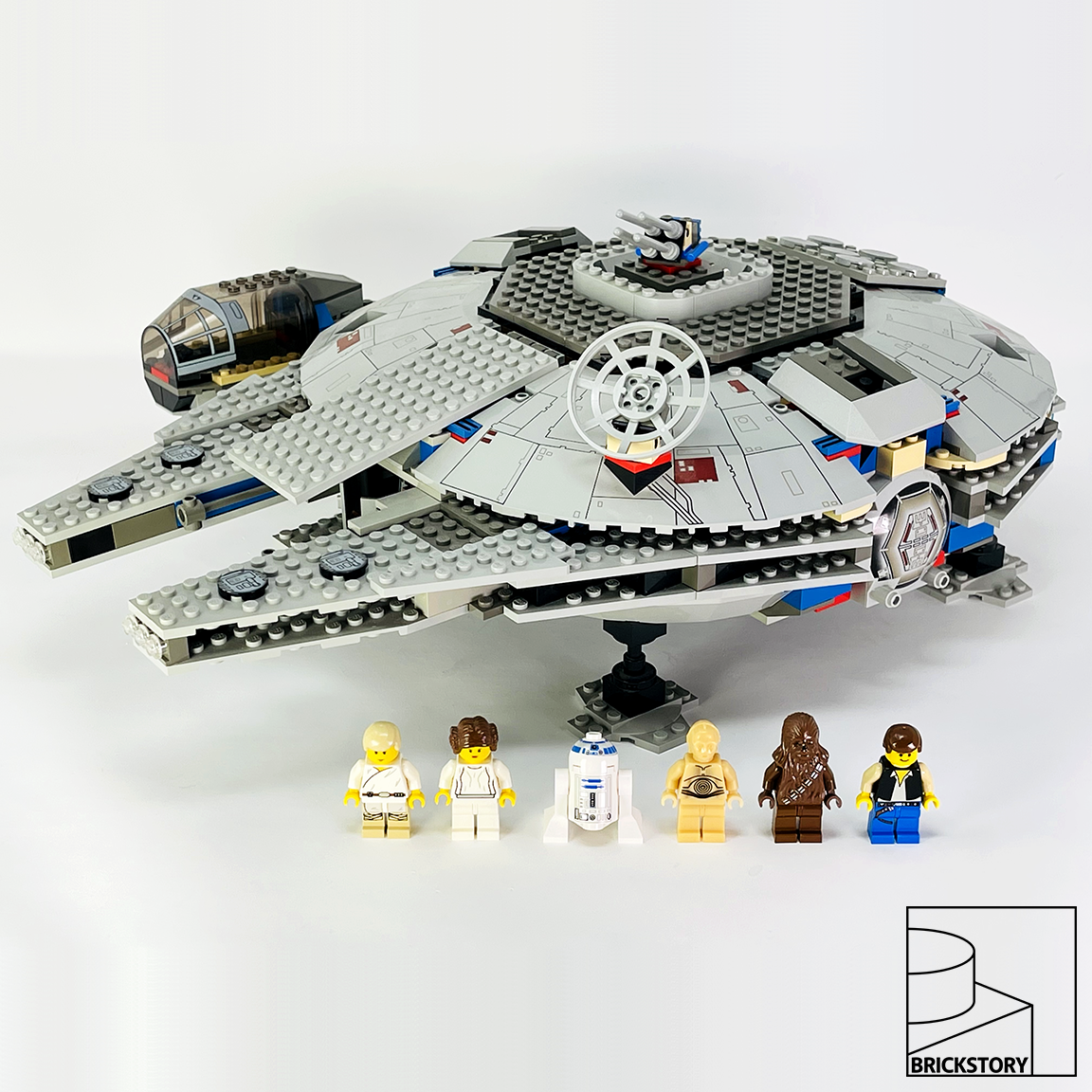 BRICKSTORY: Star Wars was The LEGO Group’s first licensed theme and launched in 1999 while LEGO was in real financial trouble. Over the years, Star Wars has grown to be the largest theme in all LEGO history – by far. The 7190 Millennium Falcon is the first of six minifig-scale Falcons to be produced between 2000 and 2019 and includes two unique minifigure interations: Han Solo and Princess Leia, with Leia’s torso only available in this set. That figure alone goes for over $60 new, with Han fetching a cool $35. While this version of the Falcon looks primitive by today’s LEGO parts and building standards, it’s a great trip down memory lane – especially with the yellow faces on the minifigs and the large top plates for the falcon’s main hull using 14 x 14 x 2 2/3 Quarter Saucer Tops taken right from the 1997 UFO subtheme. And even though it’s old, it still has a nice interior with lots of play space, a retractable ramp, and of course, the mandatory smuggler’s compartment. Not only that, it’s the FIRST falcon, so that alone makes it awesome. It’s even better when all six are parked next to each other!