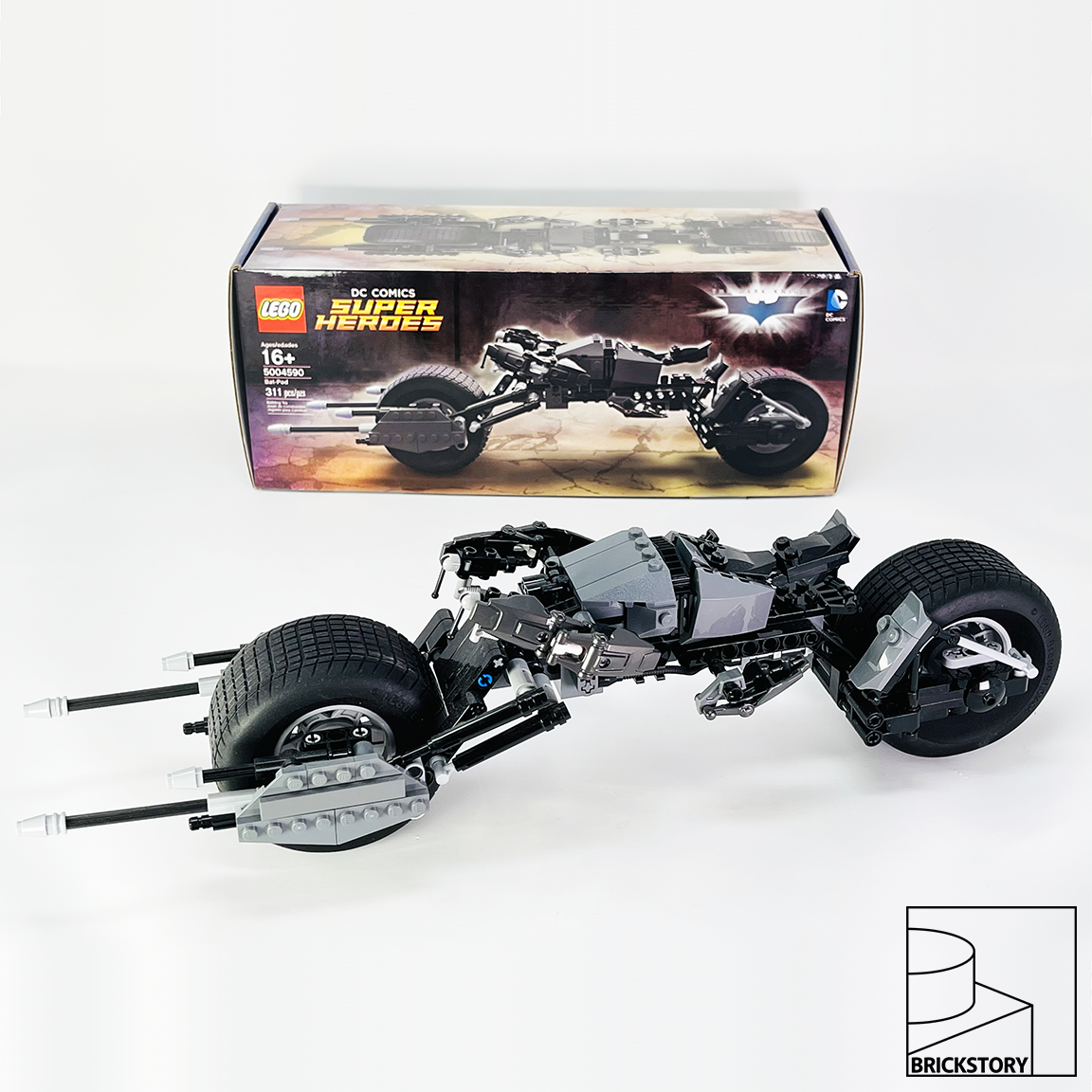 BRICKSTORY: Only 750 units of the LEGO Bat-Pod were ever produced, explaining the “9” ranking on our Rare Scale.  None of these were available for purchase, they were only available to win via a North American sweepstakes which was only open to VIP members. In order to be eligible to win this set, registered VIP Members had to purchase a DC Super Heroes set during the month of June, 2015, with winners announced on July 14, 2015. The set contains the same set of tires found on only a few other sets (1989 Batmobile, The Tumbler, and the Drag Racer), making it a very expensive part for this set.  But having the sealed box in mint condition… THAT is something to see!  The box art is beautiful, and when you park the Bat-Pod next to the Tumbler, well, they just look so great together.  Next add in the Bat Wing, 1989 Batmobile, the Bat Shuttle, and the Bat Tank (from 7787), you’ve got a nice Bat Cave going.