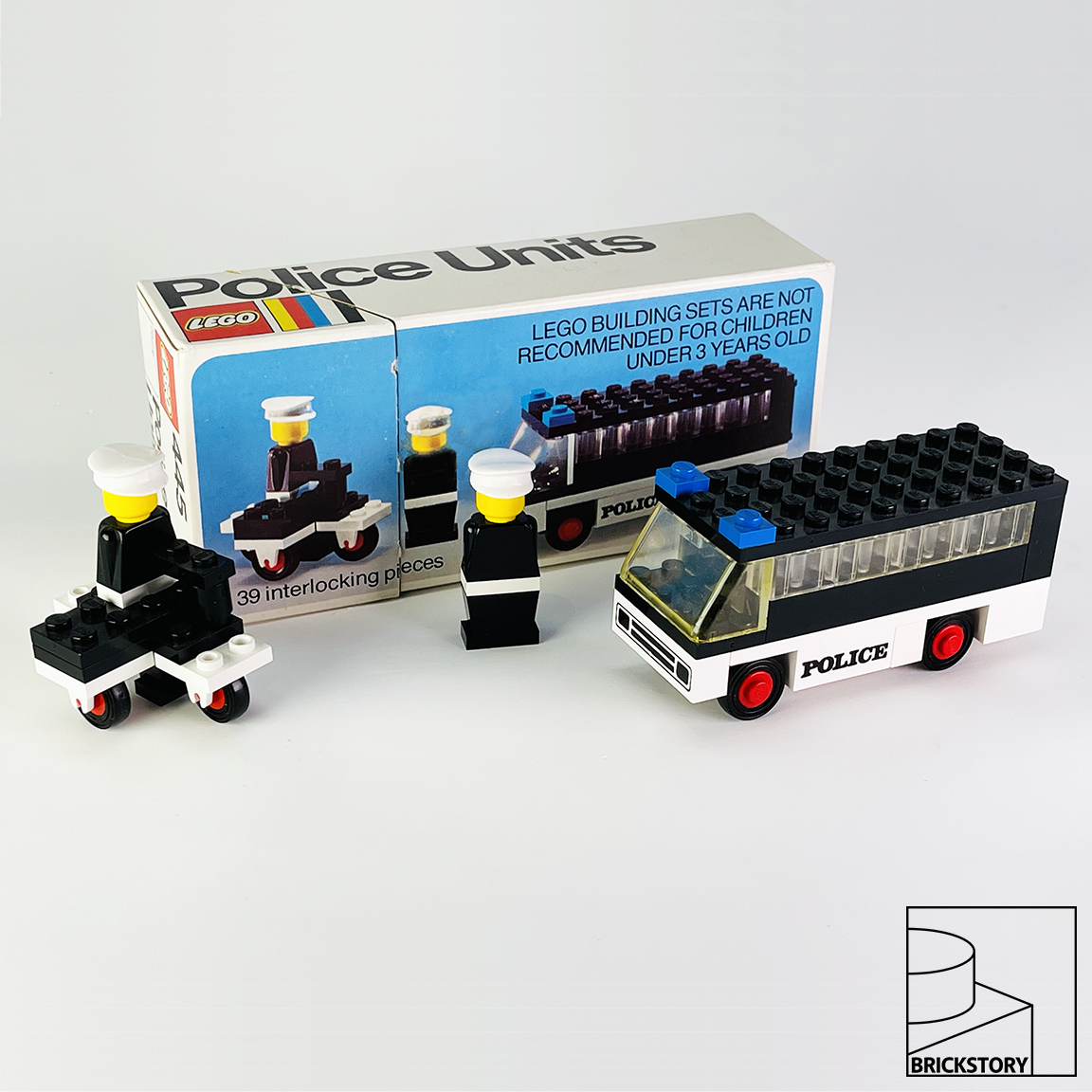 BRICKSTORY: Released as 445 in the US in 1976, if you lived in Europe you were able to get it one year earlier in 1975, as set number 659.  This set was the first to include “minifigures” – we use quotes because they were the old style figures with no arms and featureless faces – but nonetheless figures and that was great!  Now you could have a much deeper play experience because there were “guys” to play with!! The figures came with five parts: legs. torso (with arms tucked-in), head, hat / hair and in this case, a belt (which was really just a 1×2 plate).  They even fit inside the back of the police van which featured swing doors in the back. If you wanted the police officer to ride the (three-wheeled) motorcycle, all you had to do was to separate the legs from the torso and attach them separately to the top and bottom of the bike.  Done!  Finding this set today with a flawless windshield and pure white parts is a real treat – even more so if you have one sealed!  Not the first Police set, but certainly an early one – way before  LEGO started branding them as Town System (1978) or even City (2005).  If you want a Vintage Police set, this will rank high on the list.