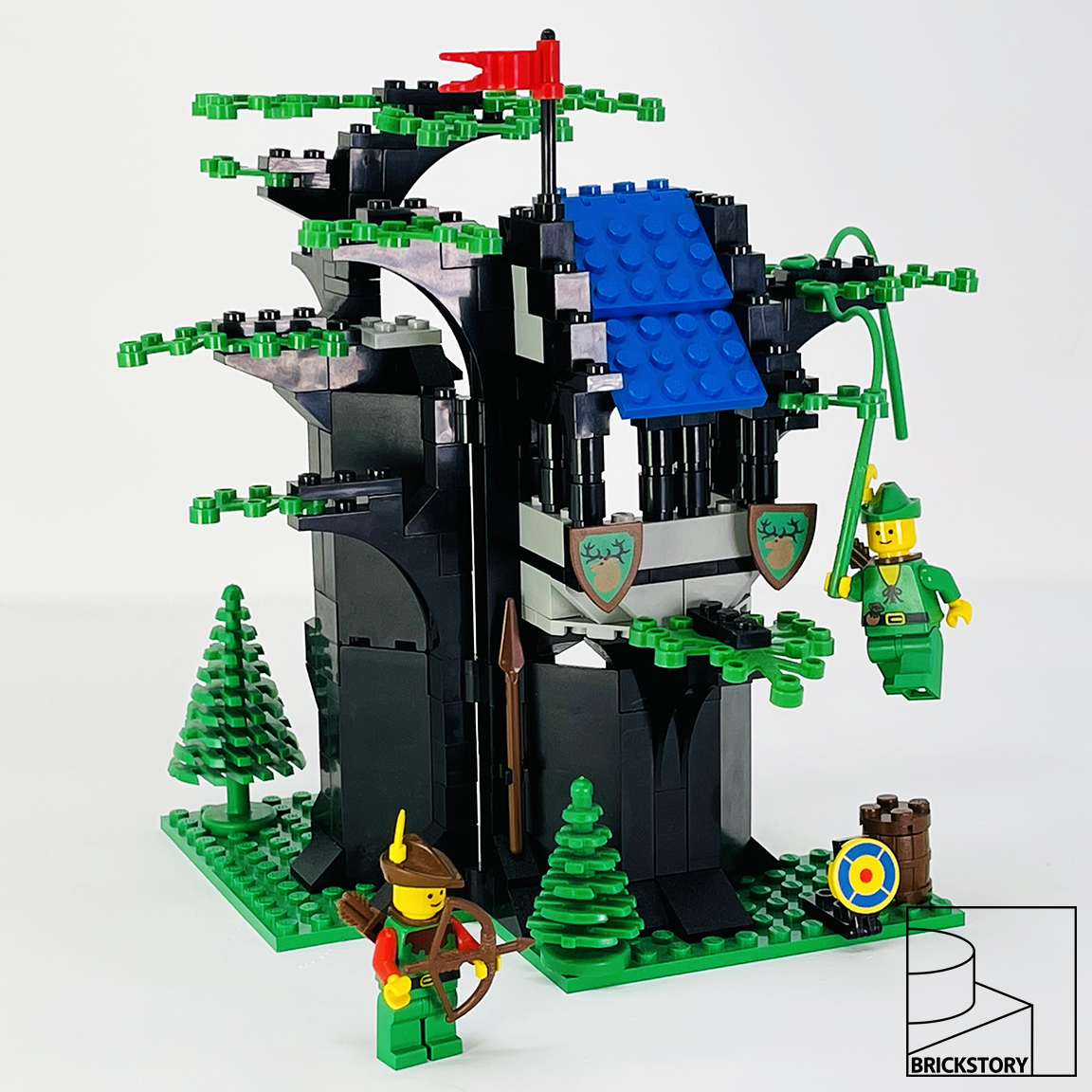 BRICKSTORY: The Forestmen’s Hideout is one of the most popular sets from the late ’80s and a real classic set from the Forestmen subtheme of the amazing LEGO Castle line. Forestmen only consisted of six sets, but spanned four years from 1987 to 1990, with the 6054 Forestmen’s Hideout set being the second release of the line, coming to market in 1988. The set came with two forestmen figures (always popular) and also included a 2×2 round archery target tile – a fairly hard piece to find since it only came in two other sets and a parts pack. The target element alone sells for over $25 new, if you can still even find one. The best part about this set is how the brick-built tree opens and closes to reveal the forestmen’s hideout inside the giant tree trunk! It’s a beautiful set that displays well open or closed. If you can find a new one, it’ll set you back over $800 – a real collector’s item!