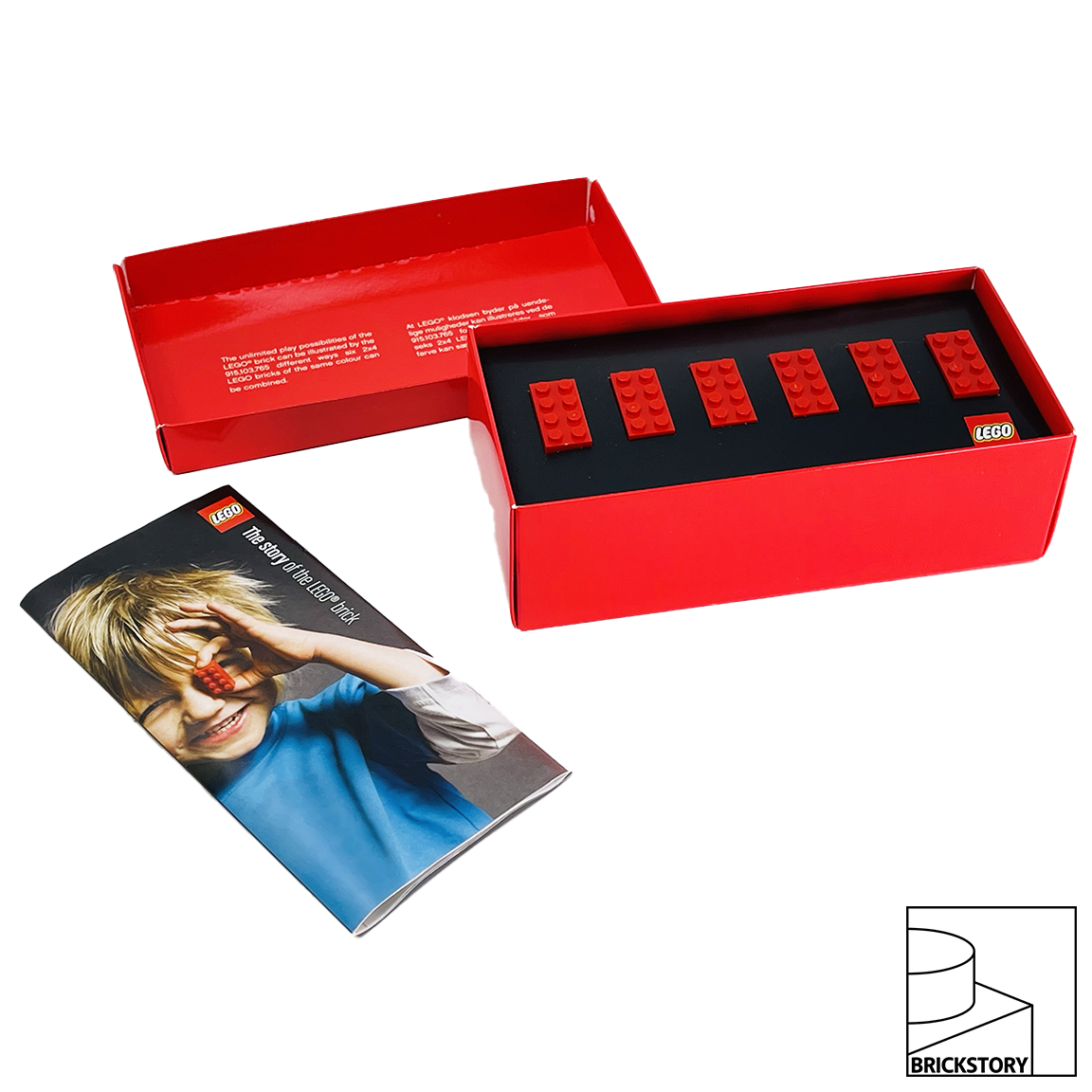 BRICKSTORY: A few interesting facts make this set very unique… (1) There is no set number on the box anywhere – indeed, there’s hardly any branding at all; (2) No one really knows for sure why there are 6 bricks (although, we’re very confident with our explanation below); (3) No one know for sure who received this promotional gift, but in tracing it back, it appears this was given to LEGO Employees in Denmark and LEGO Ambassadors (non-employees who dedicate much of their time promoting the LEGO brand) in the nearby countries, namely Belgium, Germany, the Netherlands, and the UK; (4) There’s nothing unique or special about these bricks… they the same 2×4 LEGO brick you will find in any current production set – what makes them special is the box and promotional material… and the Story behind it. As for the 6-brick explanation… Way back in 1958 when Godtfred Kirk Christiansen – the son of LEGO founder Ole Kirk Kristiansen – patented the LEGO Brick, he was asked by the patent officer how many ways someone could put together six bricks, and that started a years-long debate over that very question. There’s still some uncertainty about the solution even today. We’ve attached a short clip from the LEGO Brickumentary that provides some insight. Either way, the 6-Brick, 50-Year Commemorative Set is a great Brickstory.