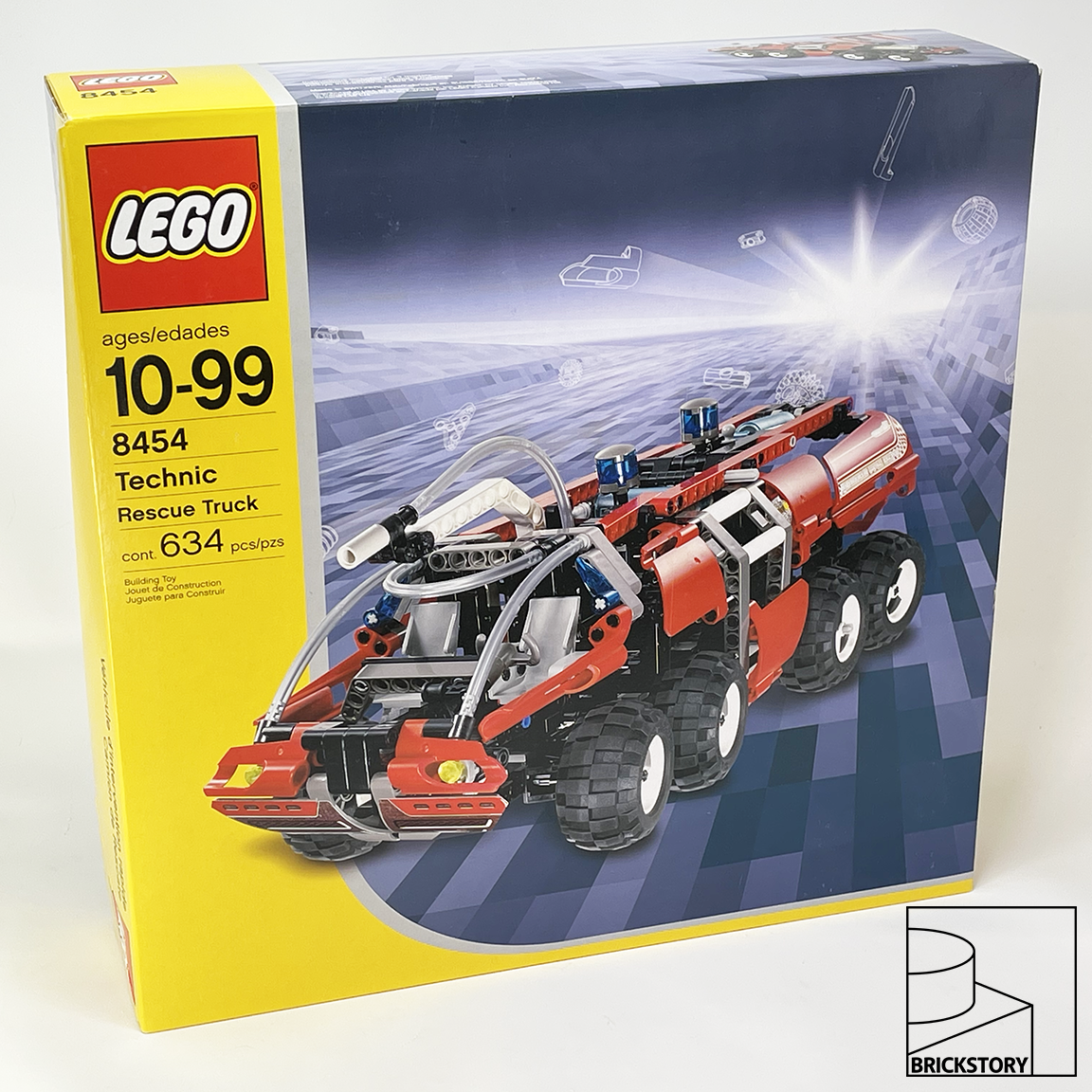 BRICKSTORY: The 8454 Rescue Truck is a fun LEGO Technic set that complements other Technic model such as the 8289 Fire Truck or the newer 42068 Airport Rescue Vehicle and even the 42040 Rescue Plane. But makes this set stand out from the others is the box art / presentation. Only five LEGO Technic sets (8441, 8451, 8453, 8454, and 8455) were ever branded in the yellow Creator-style box art – a dramatic difference from the more common black background and more dramatic art work. It’s unclear why LEGO stepped away from the traditional marketing to go with this bland yellow box – maybe the art team was on vacation? Either way, it doesn’t work and it as such, it was only used in the second half of 2003. But it’s fun to see… especially when all the Technic Fire & Rescue units are all together.