BRICKSTORY: The 263 Kitchen set is a 1974 LEGO release in the “Homemaker” theme which ran from 1971 – 1982 and featured larger scale builds of various rooms, house accessories, and furniture – and then later, expanded to include external places to visit, such as a Salon (230) and a Hospital (231). 263 Kitchen is the first of the Homemaker sets to include these large-scale, brick-built people that were introduced with this set (and others) in 1974. The majority of these large-scale figures were part of the “Building Set with People” theme which ran from 1974 – 1978, and presumably dropped with the introduction of the modern-style minifigure in 1978. Notice the unique baseplate included in this set (and only 4 other sets – 3 blue and 1 red). These sets were fairly prevalent at the time, but 45 years later it is near impossible to find any left that are in excellent condition, with the box and instructions – ergo the 6 rating on the rare scale. 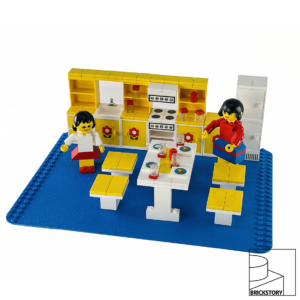 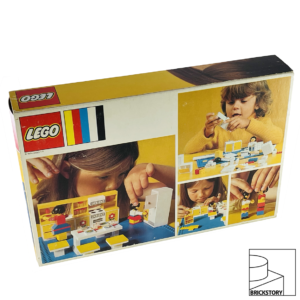 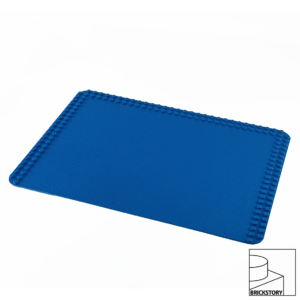 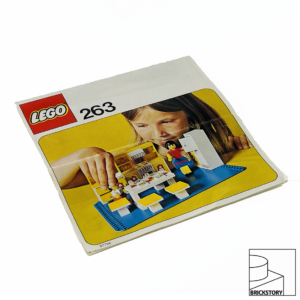