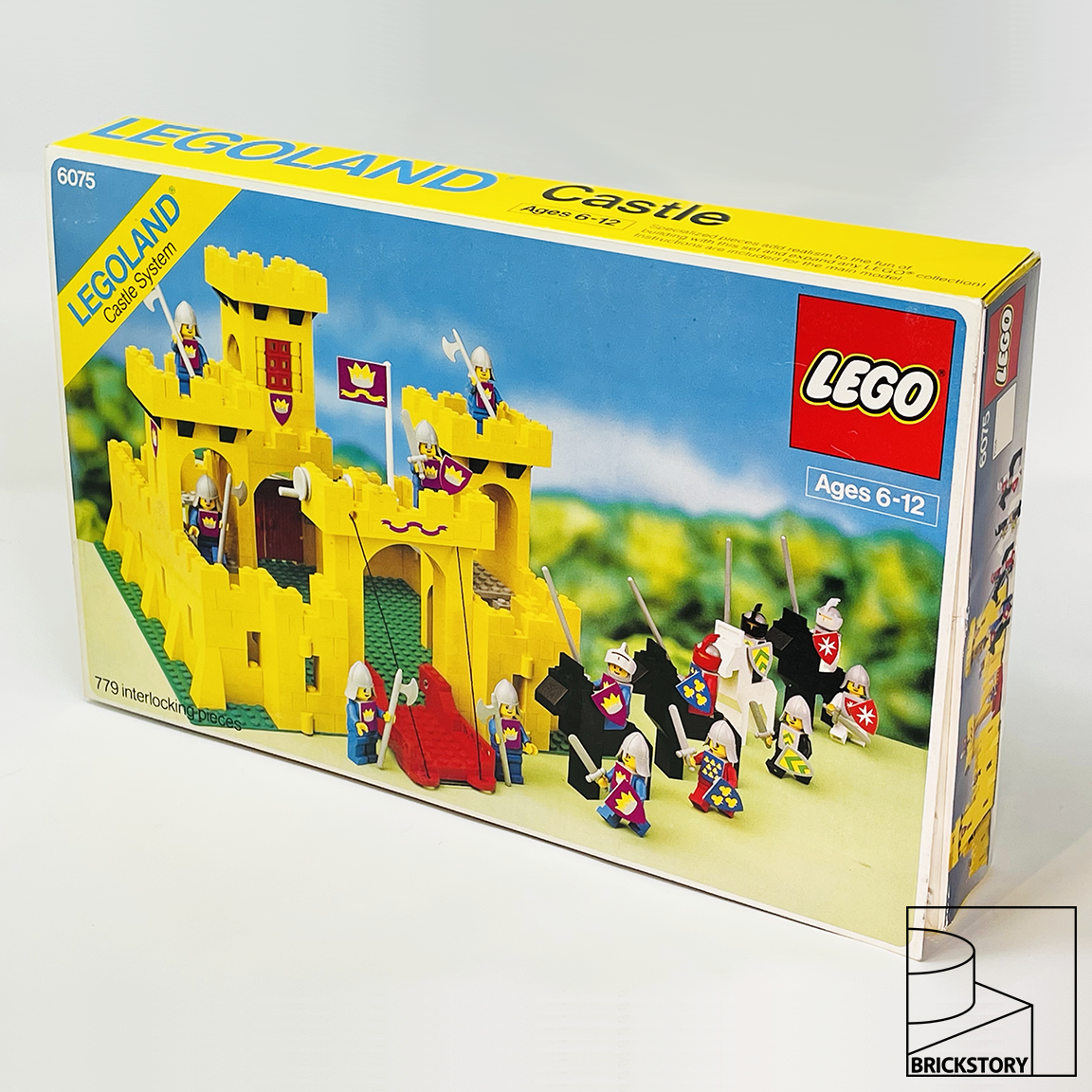 BRICKSTORY: Released first in Europe in 1978 (as 375) then in the US in 1981 (as 6075, presumably after strong European sales), this is the very first Castle set and perhaps one of the most iconic sets of the entire Castle System theme. Although not branded as “Castle System” this set kicked off the theme and became the starting point for many LEGO collectors – especially for those medieval enthusiasts.  This set also features the only minifigures to be outfitted with the original helmet mold and matching visors made specifically to fit those helmets.  The visors didn’t stay on very well, and all subsequent sets featured the sleeker helmets and visors with the connection points that are still in use today. These castle minifigures were also decorated in stickers – both on their torsos and shields – something else LEGO got away from just a few years later as they moved to all printed torsos in 1980. And check out those brick-built horses!  Sure the molded ones are more realistic, but these took some real imagination to design and build – and plus you could pull their legs off if needed! To see this set live – in all it’s yellow bricks and unique minifigures – is truly a thing of beauty.  It’s the only yellow Castle and it is so much fun!