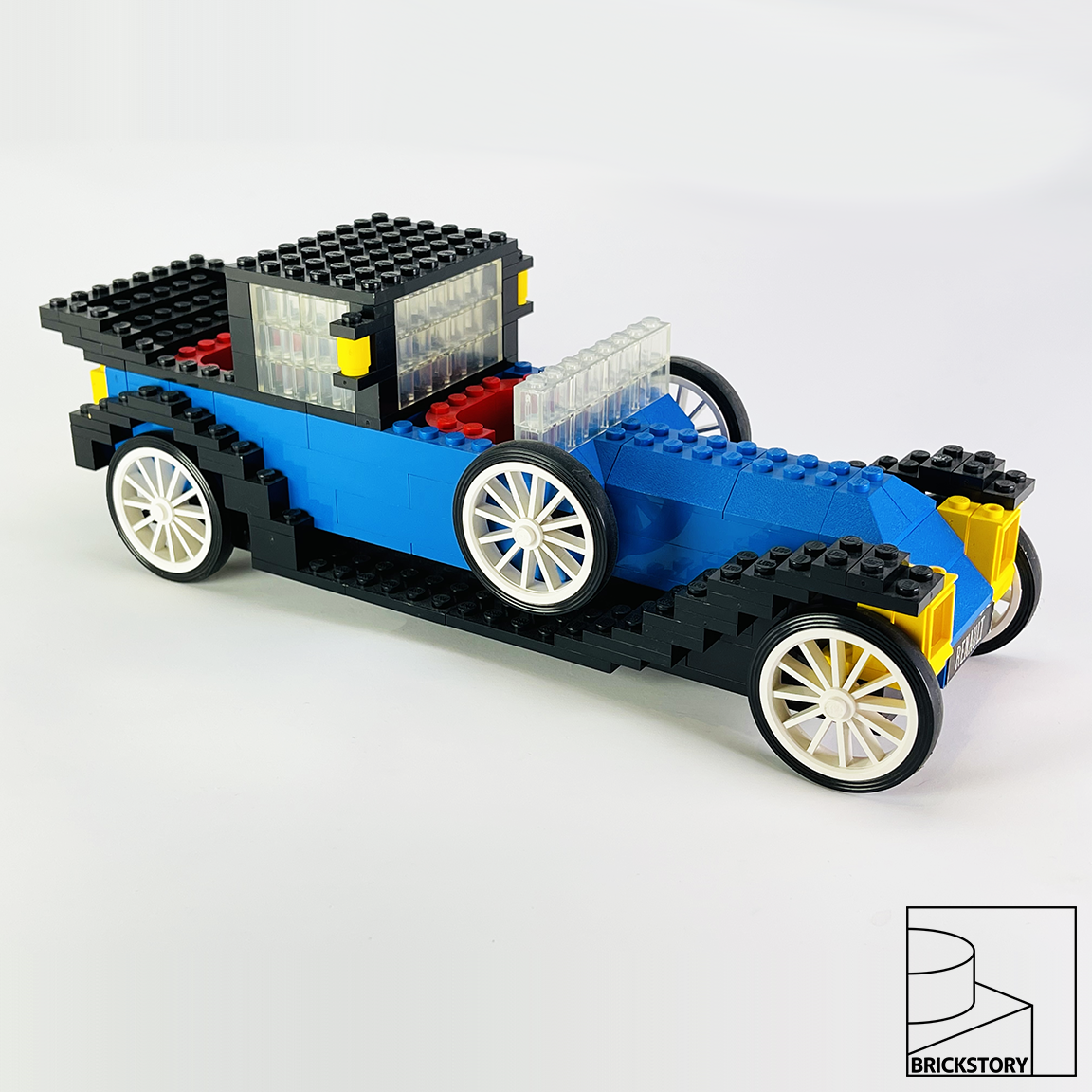 BRICKSTORY: The 1926 Renault is one of three classic cars LEGO released in the mid ’70s as part of their unofficial “Hobby Set” theme; the other two are set 390, the 1913 Cadillac and set 395, the 1909 Rolls Royce. The Renault is the longest of the three, but not the highest piece count, which goes to the Cadillac at 280. All three of these sets were a limited, regional release, only available in the UK, selling for approximately £5, or just under $10. All three of these cars are are amazing examples of the craftsmanship in creating beautiful designs using the basic bricks and plates of the 1970’s LEGO library.