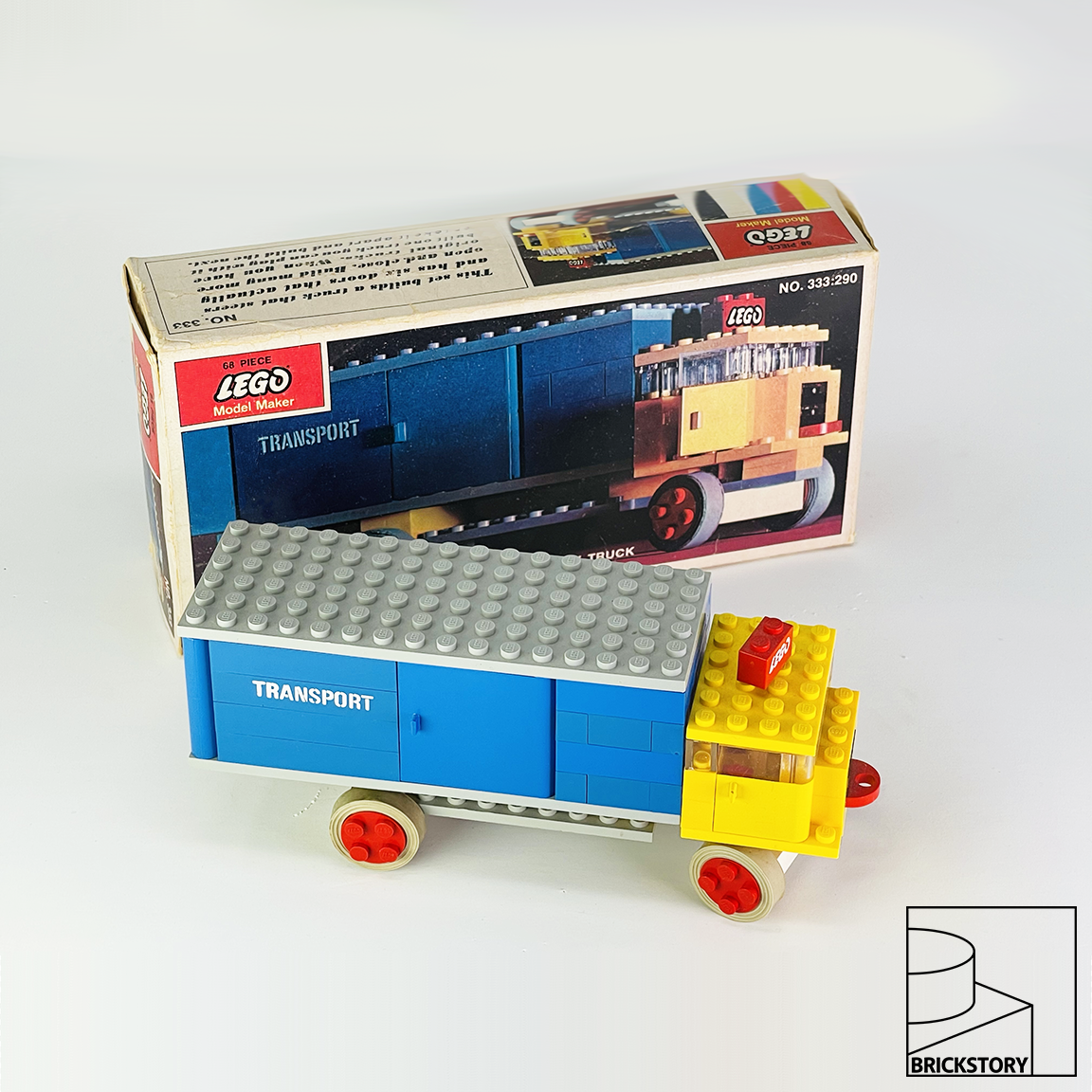 BRICKSTORY: A long Brickstory on this one… mostly because of the Samsonite partnership with The LEGO Group. As LEGO started to rapidly grow in Europe after the 1958 patent was filed on the interlocking stud and tube concept, they looked to expand to North America which represented a huge untapped market for their revolutionary product. In 1961, Godtfred Kirk Christiansen, son of LEGO founder Ole Kirk Christiansen was shopping for a partner in North America to compete with the likes of Milton Bradley, Parker Brothers, Mattel and Hasbro. Samsonite (a successful brand of The Shwayder Bros. Trunk Company based in Denver, CO) was well known for its tough and durable luggage and bid on the license to produce and distribute LEGO sets under a joint branding solution. (Samsonite was a biblical reference to Samson, known for his super strength). So, in 1961, Samsonite began producing and marketing LEGO sets in the US, and then in Canada just one year later. Often times, the exact same set that was produced in Europe under the LEGO branding was then released the next year in the States under the name LEGO by Samsonite. The set design was identical, though, depending upon were the parts were sourced, sometimes the elements molded in the US at the Samsonite plant would have different branding on the studs. The initial relationship was so successful for Samsonite that they built a 50,000 SF factory in Loveland, CO four years later in 1965 – dedicated solely to producing LEGO sets. This is why you will often see multiple release dates and even theme name variations (as in this set) depending on which version of the set you are looking at. These particular LEGO by Samsonite sets were part of the “Model Maker” theme, which was nearly identical to The LEGO Group’s European “Vehicle” theme. The LEGO / Samsonite relationship started to sour in the late 60s to the point where Samsonite was producing many different sets that were unique to the US market only – much to the chagrin of LEGO. By 1972, the relationship was officially dissolved in the US. There’s much more to that story, but now about this set…

LEGO began producing the “Vehicle” line in 1963 with the 315 European Taxi and the 316 Farm Tractor, but it wasn’t until 1967 that they introduced the steering column that allowed you to actually “drive” the vehicle by turning the top of the column, which typically had a 1×2 LEGO-branded brick on top. Ironically, this concept is still in wide use today on most of the larger Technic models (though clearly, much more advanced). This delivery truck is a super-iconic late ’60s set that will bring back a lot of memories to the vintage LEGO fans. The truck had four doors: two in the back and one large door on each side, all opening up to a huge interior. And the cab doors opened as well, making the set super fun to play with, while displaying nicely as well! It was fairly prevalent at the time, and there are still a few around today, hence the 4 Rare-scale rating – but finding one in mint condition is next to impossible. Oh, right… this is where Brickstory comes in to play (pun definitely intended)!