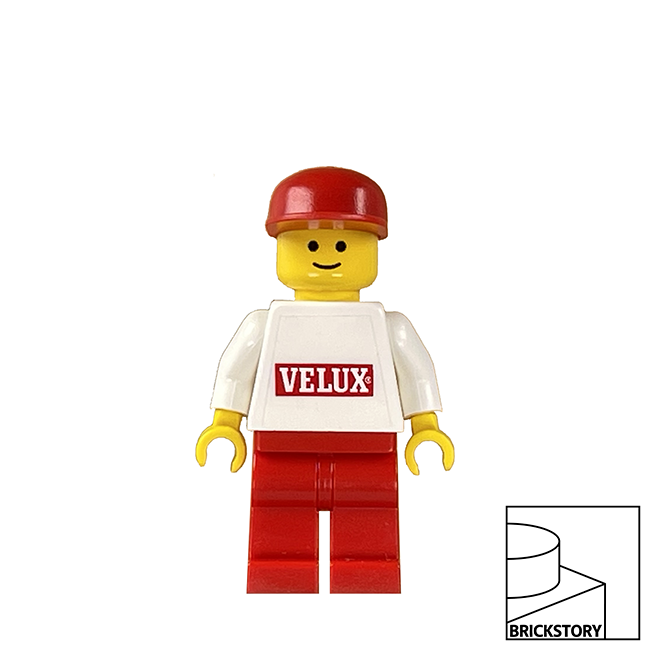 BRICKSTORY: Velux is a Danish company headquartered in Hørsholm, Denmark – fairly close to LEGO’s home town of Billund. Founded in 1941 (LEGO was founded in August of 1932), Velux is a privately owned company specializing in roof windows and skylights (yes, there is a difference: skylights are fixed windows that can be mounted in more versatile shapes; roof windows are in-line with the roof and can open and vent). In 1983, Velux partnered up with LEGO to make a special, limited edition of the widely released 6374 Holiday Home, aptly named 6374 Holiday Home – Velux Edition and was only released in Denmark. This special edition contained two “Velux” branded parts (base plate, and two windows) but no branded minifigs. 13 years later in 1996, LEGO and Velux teamed up once more to release the 1854 House with Roof-Windows and this too was only available in Denmark. And it’s this set that contains the only Velux minifigure ever made, as pictured here. To make it even more difficult to survive the years, the minifigure’s torso is a *sticker* – not printed. Finding one in new or near-new / mint condition is very unusual, indeed.