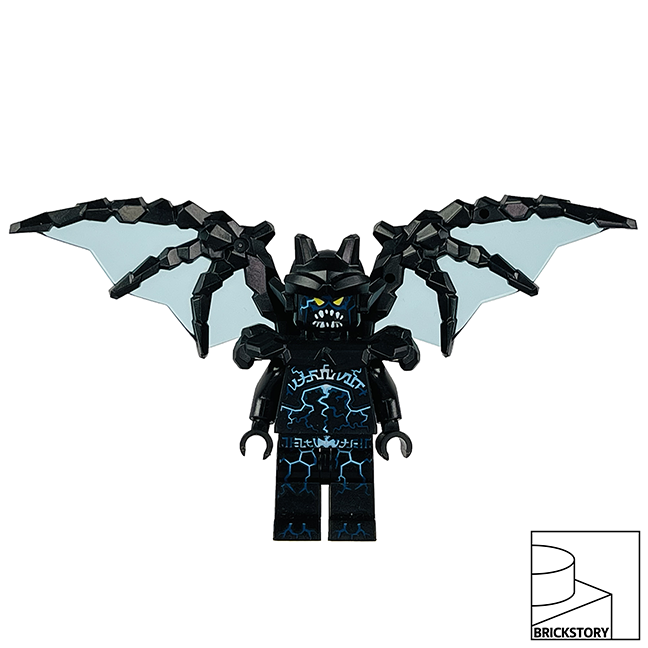 BRICKSTORY: Follower of Monstrox and Jestro, General Garg is the true leader of the Stone Monsters. This figure is unique because it is the only all black figure from the Stone Monster Army, the other common figures being Sand Blue and Purple. He was exclusive to 70356 The Stone Colossus of Ultimate Destruction which was very difficult to purchase since it was only available in the U.S. for 5 months! General Garg is ranked at a 7 on the rarity scale because of the short life of the set that he was exclusive to. On top of that, all the main parts of General Garg (head, torso, legs, and wings) are unique to this figure, making it impossible to piece it together from other minifigs.  The black wings were never used in another figure; two other figures used these wings molded in dark purple (Nexo Knight’s Harpy and the Gargoyle) – all three being part of the Nexo Knights theme. Such a cool figure… and yet such a disappointment that it was only available for a short period of time!