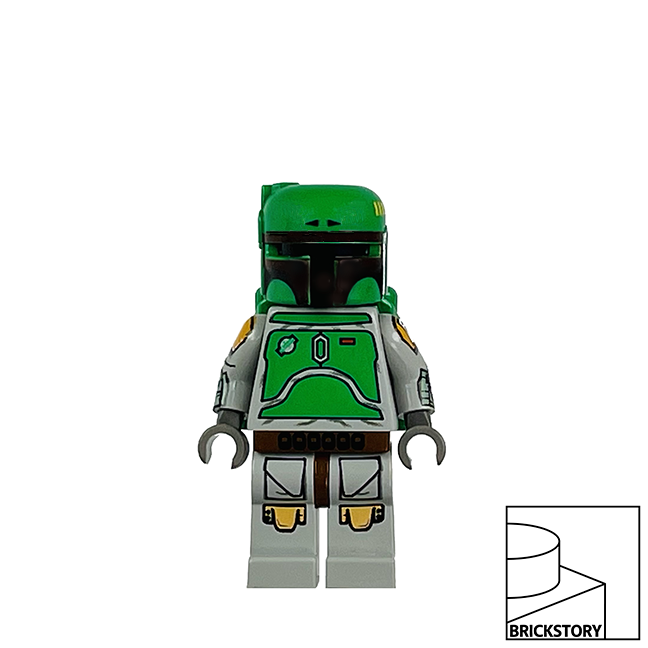 BRICKSTORY: Another rare one: the 2003 Bob Fett! This is the first LEGO minifigure with printed arms and legs – and it came in the LEGO Shop @ Home / Brand Store Exclusive set 10123 Cloud City. So those two facts alone make this a really rare minifigure. LEGO has produced 16 variants of the Star Wars character, but this one is by far the most difficult to find and the most expensive. For comparison, the first Boba Fett was released 2000 and is still hard to find, but he only sells for about $35 new. The second most expensive one after the Cload City version is sw0275 Boba Fett in White, which sells for ~$175, new. But for collectors and Star Wars fans and LEGO nerds (like us!) the Cloud City Boba Fett is a must-have and awesome display piece.