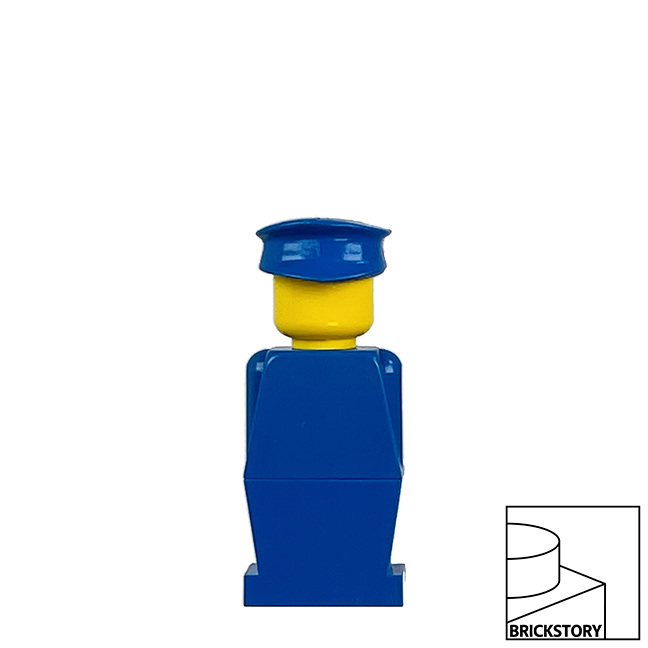 BRICKSTORY: One of the first minifigs ever produced, these early “Legoland” figs had no moveable arms (they hardly had arms at all!) and were in production from 1975 – 1977, when LEGO started producing the “modern” minifigs with moveable arms that we are familiar with today. These older figs were labeled as “Legoland” since they were part of the early play system that included various types of town buildings and vehicles. They came in various colors (red, black, white, and blue torso and legs, with the legs also available in yellow) with the expressionless yellow heads assorted hats and hair pieces. These specific blue minifigures were typically used to represent construction workers (the first Emmet?) and dock workers, with this one first appearing in the 1975 sets 364 Harbor Scene and 692 Road Repair Crew. These vintage figures – along with their sets – will all be on display at Brickstory.