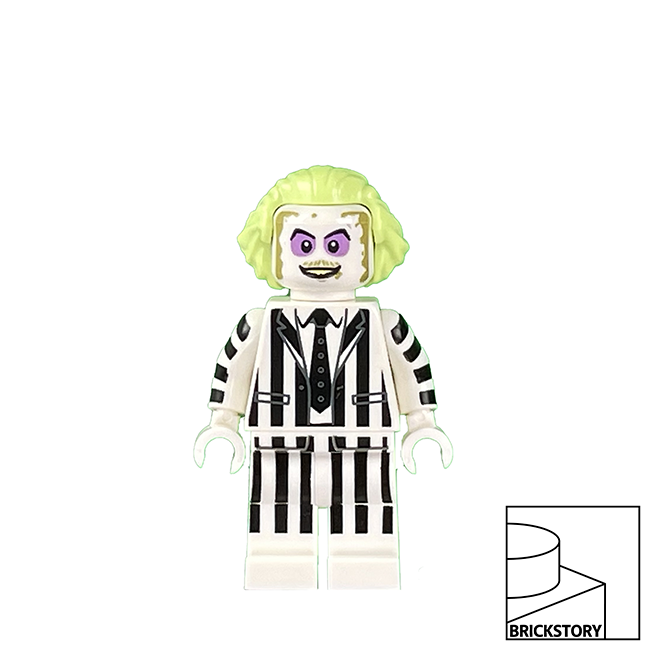 BRICKSTORY: Only available in the now defunct LEGO Dimensions Fun Packs, Beetlejuice is a somewhat unique and hard-to-find minifigure. LEGO Dimensions, which launched in 2015 with a planned three-year run, was shut down in 2017 – one year-earlier than targeted – due to poor sales performance. For a while, many of the Fun Packs and Story Packs were on clearance and you could pick them up for a great price. Now. 4 – 6 years later, these mini sets are becoming collectors’ items and shooting up in value. This means that many of the minifigs that were exclusive to these sets will become much more difficult to locate and purchase. Beetlejuice – from the 1988 motion picture of the same name – is certainly a great minifigure, and it is very unlikely to ever be produced again, given the licensing costs for such an obscure and limited theme.