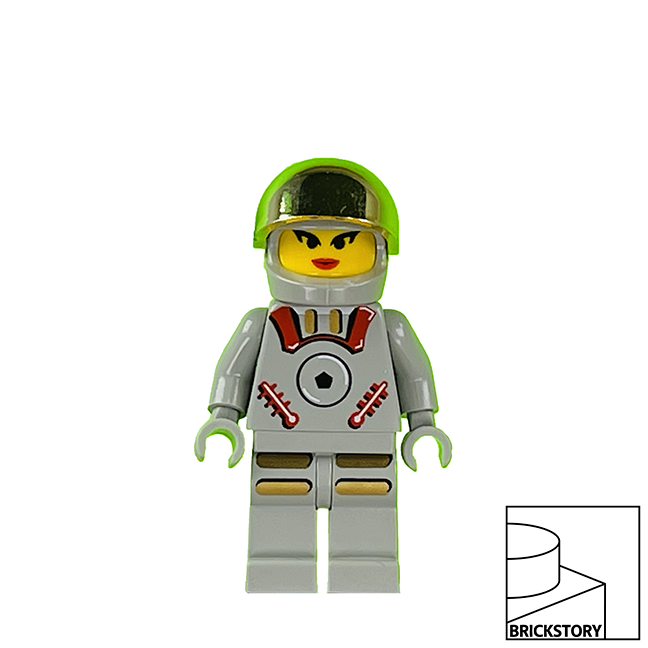 $40 (be sure to check the legs!)
Current Market Value, Used (Near Mint)

BRICKSTORY: Astrobot (astronaut-robot) Sandy Moondust, along with her partner Biff Starling were free promotional sets given away at the 2002 World Space Congress and the 5th International Robot Olympiad in 2003.  They were the only contents of minifigure poly bag sets 3928 and 3929, respectively.  What’s even more fun is that photos of Sandy and Biff were placed inside Mars rovers  Opportunity and Spirit and launched into space and are now on Mars! These figures are pretty rare, especially with the printed legs (many copies are out there with just the torso and plain legs – those are incomplete, or in some cases, fakes). Sandy Moondust is only one of four females minifigures in the entire LEGO Space theme!  No one seems to really know why Sandy and Biff were called “astrobots”…  they seem pretty human to us.  Comment below or IM us if you have any clues…