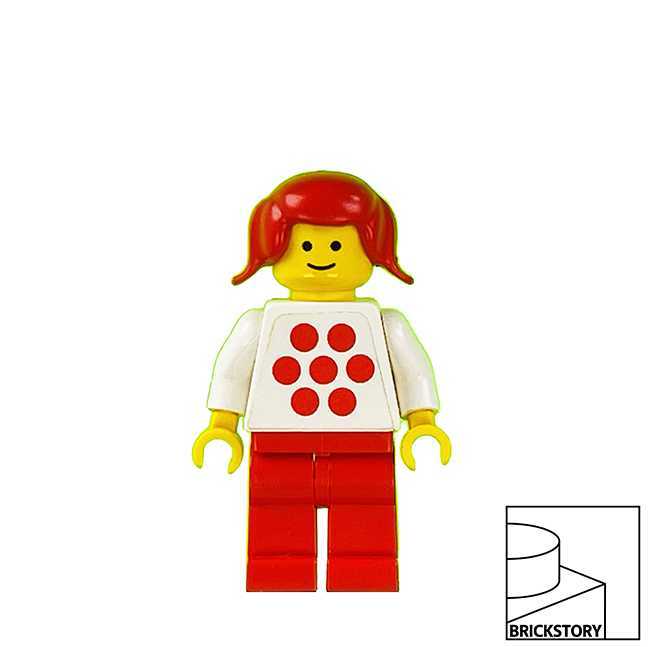 BRICKSTORY: While never released in a traditional LEGO set, the named minifigure Mary is a rare find for collectors and enthusiasts looking to add that special figure to their collection.  Being a “named” figure – especially farther back in LEGO History (Brickstory) – the Mary figure is high on the list of rare items.  The distinguishing feature is the seven-dot pattern on the front and back of the torso.  That pattern was only available as a torso sticker in the 1980 LEGO Ideas catalog – another rare item in Brickstory.  Mary’s red pigtail hairpiece is only a fairly difficult part to track down (in good condition) being used in only 24 sets from 1975 – 1983.