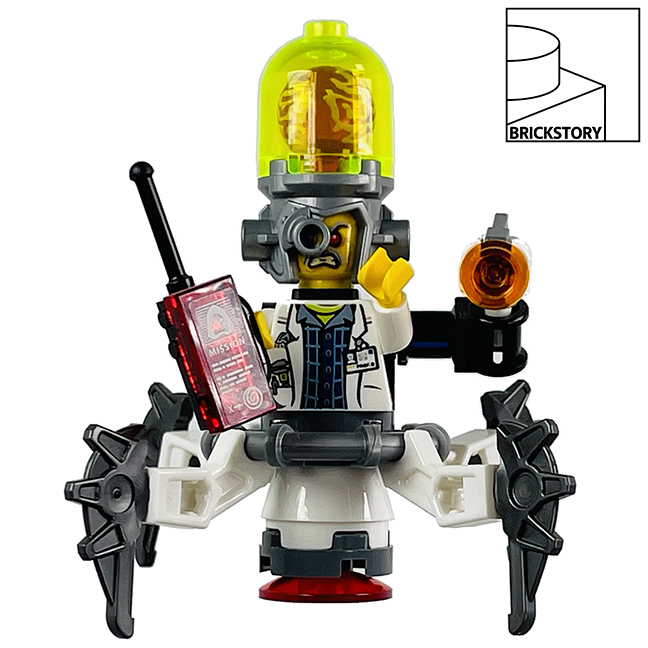 BRICKSTORY: A “7” ranking on the rare scale is pretty high for a minifigure that was freely available on the open retail market, but he was unique to the short-lived final wave of the 2014-2015 Ultra Agents – a mediocre reboot of the Agents theme from 2008. The three sets of the final wave (70171, 70172, and 70173) were produced in limited quantities and then only released to a small number of retail stores – including Bricknowlogy (proud to say) and therefore didn’t receive wide public audience.  As such, not a lot of these sets – or their minifigures – ever got out into mass circulation. On top of that, the Brainstein figure contains over 26 parts, including two unique parts that are essential to the build: his head (you can actually feel the rage in his face) and his brain – a Transparent Dark-Pink Ball with White Brain Fissures.  He’s pure evil!  He also appeared in his non-evil form (with legs) in set 70169 Agent Stealth Patrol – but he’s much more fun in this form!