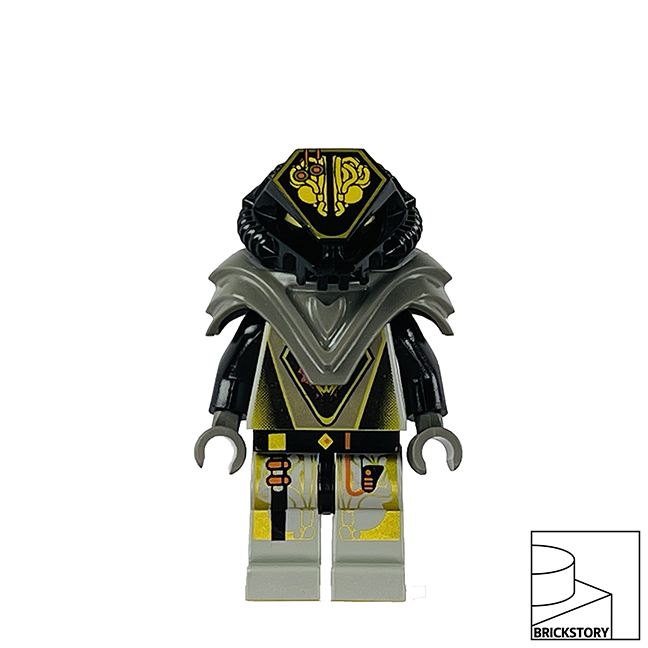 BRICKSTORY: Alpha Draconis is the leader of the Alien UFO force known as Zotaxions, from the planet Humorless. Interestingly enough, this is the same planet that was host to the Insectoids (another LEGO Space theme that ran from 1998 – 1999, right after the UFO theme which ran from 1997 – 1998). The Zotaxions did not “play well” with others…  they were at war with the Exploriens (1996 Space theme) and the Roboforce (1997). Appearing in only two sets (6975 Alien Avenger and 6979 Interstellar Starfighter), Alpha Draconis (“The Dragon”) was produced before the infamous LEGO Gray color-switch, so this figure has both the older dark gray for the hands and shoulder pads and light gray for the legs. The legs, torso, and helmet all have unique printing, as well as the hip connection which is a great detail. Rumor has it that the Zotaxions were so ugly and had such horrible breath, that the helmets were necessary to protect them from their own sight should they ever encounter a mirror! Alpha Draconis is the only named minifigure of the UFO theme, which included four aliens and three droids.  The droids – which were typically stolen by the Zotaxions – were used as their primary labor force.