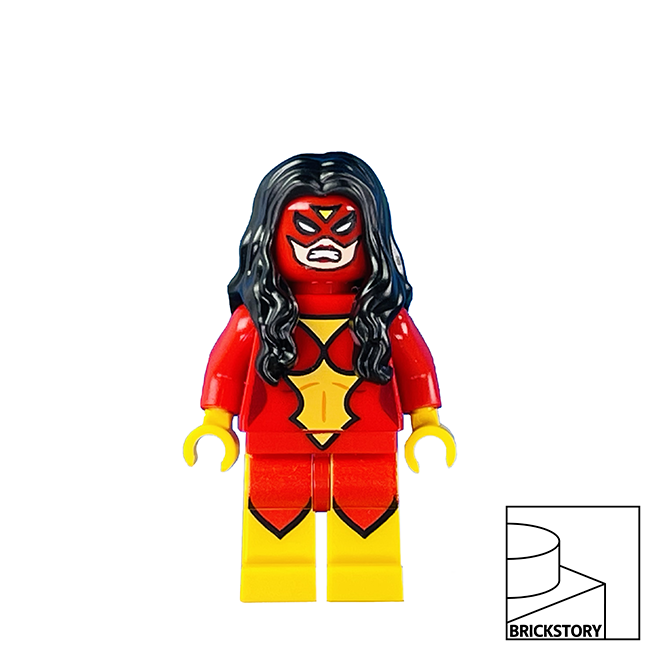 BRICKSTORY: Well, a “10” rating on the rare scale is as high as it gets… and this one certainly earns it. While there might be a few ridiculously rare minifigs that are “more rare” (such as the space-grade aluminum minifigs sent into space by NASA to orbit Jupiter), these tend to be generally unattainable, so we reserve the “10” rating for super-rare but production-level LEGO minifigures. And the 2013 Comic-Con Spider-Woman earns that high honors as a “10”. It is believed that only 200 were made, most of which were awarded to raffle winners in 2013, with the rest being given to a few LEGO insiders. To make this minifigure even more exclusive and valuable, this is the only Spider-Woman LEGO figure ever made (not to be confused with Spider-Girl in set 76057 Web Warriors Ultimate Bridge Battle). It gets a little confusing, but Spider-Woman (Jessica Drew) was introduced in 1977 as was able to do things that most spiders can’t, such as flying and shooting lasers. Spider-Girl is the daughter of Spider-Man (Peter Parker) and Mary Jane Parker in the alternate universe. [NOTE: We are LEGO experts, but not MARVEL Universe experts, so if anyone has any thoughts, comments, or corrects on the Marvel history, please comment below). Regardless, the LEGO 2013 Comic-Com Spider-Woman figure in her classic outfit is incredibly rare and truly a collectors dream. All the Comic-Con Exclusives will be on display at Brickstory. 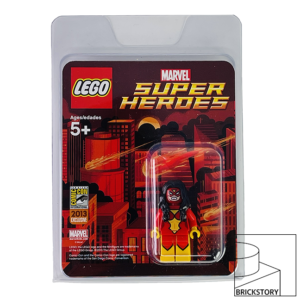