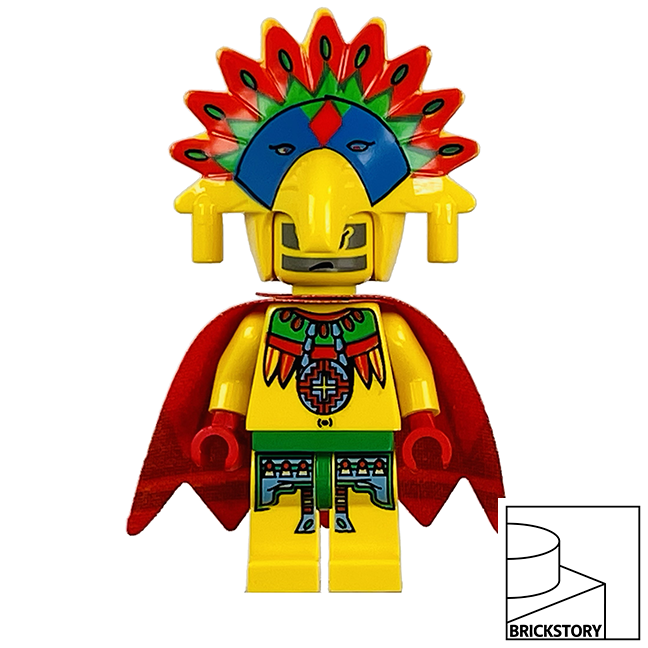 BRICKSTORY: Although Achu can be found in three different sets, none of them had a large circulation and almost non have survived the last 20+ years still sealed. Used copies of Achu deteriorate quickly – especially his cape and headdress. According to LEGO Magazines, Achu is the guardian of ancient treasures and is able to use his powers over animals and traps to make sure everything is kept safe. Achu was featured in several other media including comics (set 5976) and video games LEGO Racers and LEGO Island 2. In the 5976 comic, Johnny Thunder and Dr. Kilroy team up to reclaim the stolen Sun Disk and return it to a very grateful Achu who is waiting in the temple. Achu is probably one of the most recognizable and desirable minifigures from the entire Adventurers theme.